A Campus named after the great populariser, the man who did for culture in Italy what no one else was able to do.

A Campus where young and brilliant researchers，innovators, start-uppers, artists, and creatives will find an environment and people to help them grow, supporting them and their projects, both financially and with the help of exceptional mentors. 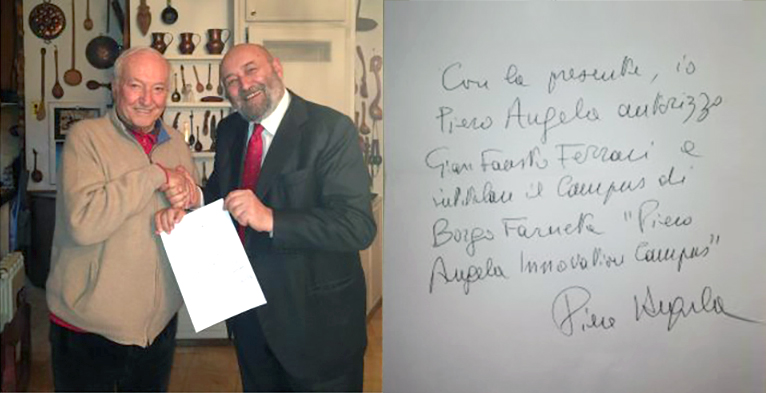 For me Piero Angela

Your stories, the testimonies of those who want to tell how Piero Angela inspired their life choices.

On the campus you’ll find

Grant of up to 1200 euros per month for each team member involved in the project.

Support and advice from a group of exceptional mentors.

Opportunity to access early stage financing for your business idea.

Assistance in the realization of the pitch deck and related Business plan.

You will have an amazing swimming pool at your disposal.

A tennis court and a padel court.

You will have pedal-assisted bicycles at your disposal.

Wonderful walks or a run in the woods and much more.

From the campus it is possible to reach the most beautiful places in Tuscany: Siena, Pisa, Florence, Lucca, Volterra, San Gimignano, Monteriggioni, the Val D’orcia, and many other marvellous places in Tuscany are between half an hour and an hour by car.

Here are some of the mentors who offer their expertise and experience to validate, structure, and implement your ideas and projects. 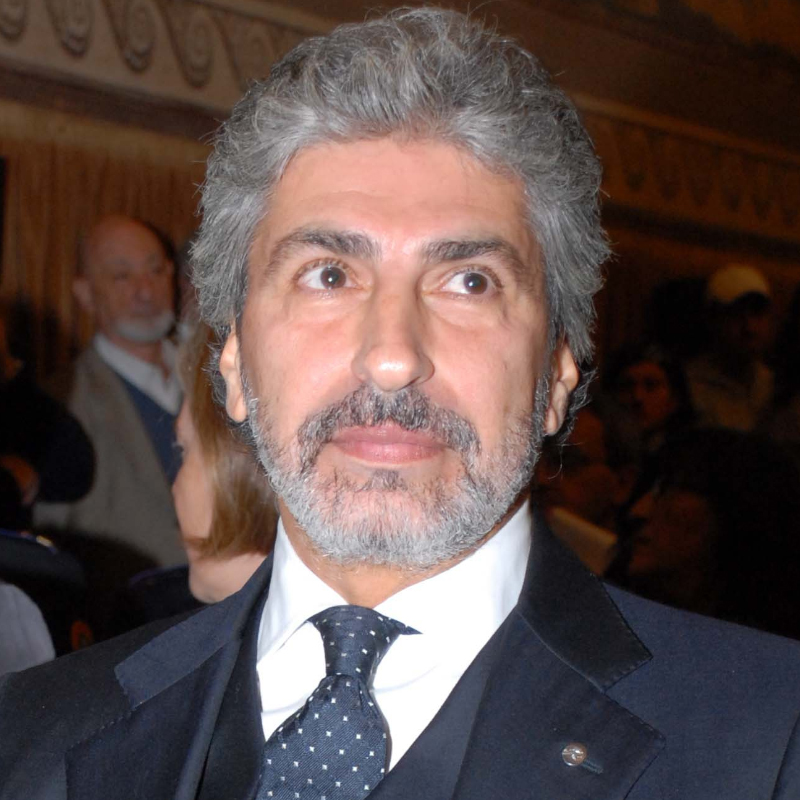 Born from a family with an entrepreneurial tradition of over 100 years. He graduated in Business Administration from John Cabot University and later earned an MBA and two doctorates. He began his activity in Geico in the 1980s, in Nigeria where he immediately became CEO. From that moment until the beginning of the 90s, he took over the management of several companies of the Gecofin Group. In 1994 he acquired Gecofin. In 2005 he took over Geico from Comau-Fiat and managed to revive it and bring it to be one of the world leaders in the sector. In 2011 Arabnia signed the alliance with Taikisha, Japanese giant of the sector. 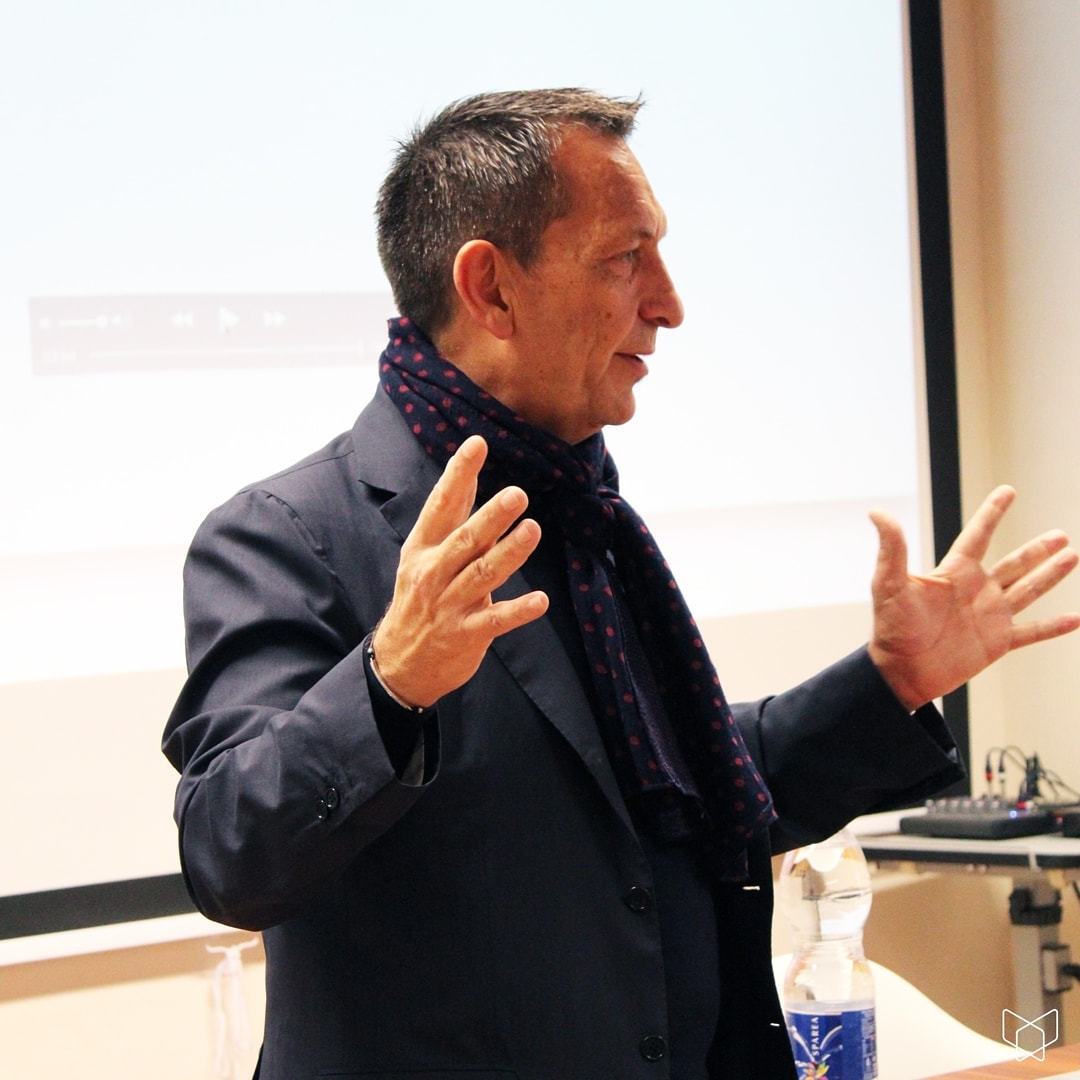 Entrepreneur and Innovator. Founder of Gimatic, a company that deals with Handling, Sensors, Handheld Components (EOAT), Gripping Solutions for Robots and Mechatronics, known and appreciated worldwide. He sold the last stake in the company to the American giant Barnes Group in 2018, holding the position of CEO for another two years. Since then, he has decided to make himself available to the campus to pass on his knowledge and experience as an entrepreneur, conveying his strong desire to innovate to young startuppers. 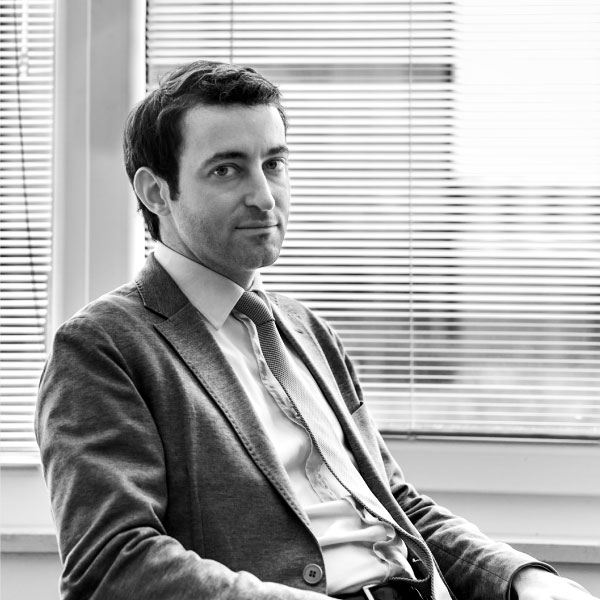 Luciano Belviso is one of the youngest entrepreneurs in Europe. At the age of 25, he founded the company Blackshape, which is now one of the most innovative companies in the aviation sector. At the age of 26 he became the youngest CEO of joint stock companies in Italy and, under his leadership, Blackshape developed a series of aircraft entirely made of composite for civil use and training. 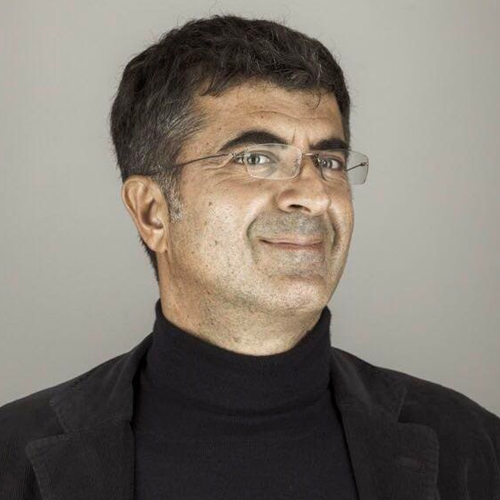 Entrepreneur, begins his professional career in Olivetti, then continue in IBM Italy , TAS (France Telecom group) and in Oracle until 1998 year in which he starts the business project Orangee, acquired in 2009 by the Finmeccanica group, where he held the role of CEO until 2012. Over the years it has helped to create, around Orangee, a model of innovative SMEs. 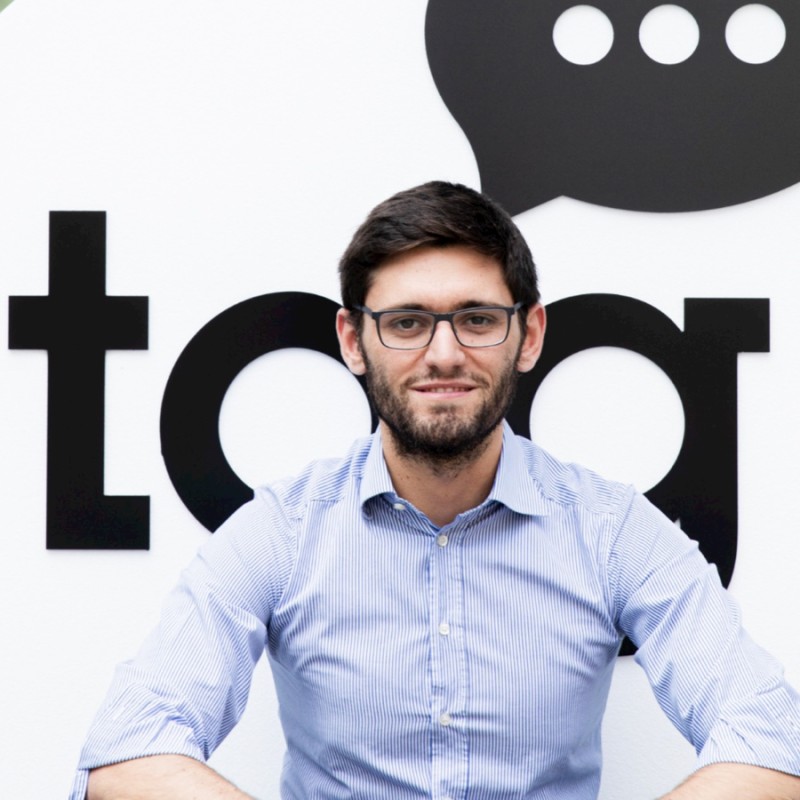 In 2009 he began his professional career as a consultant where he deals with digital strategies. In 2010 he joined Conde Nast, where he followed the group’s digital marketing. In 2011, together with Gianfausto Ferrari, co-founder of Talent Garden, the largest European network of digital-focused coworking that currently includes 20+ locations in Europe. He is mentor of Virgin Startup, the accelerator based in London wanted by Richard Branson and on the board of Digital Magics the largest Venture Incubator in Italy, Digital Champions Association and ItaliaStartup. Since 2012, he has been following for Italy StartupWeekend, a non-profit organization of the Kaufmann Foundation that deals with stimulating the creation of new businesses around the world. 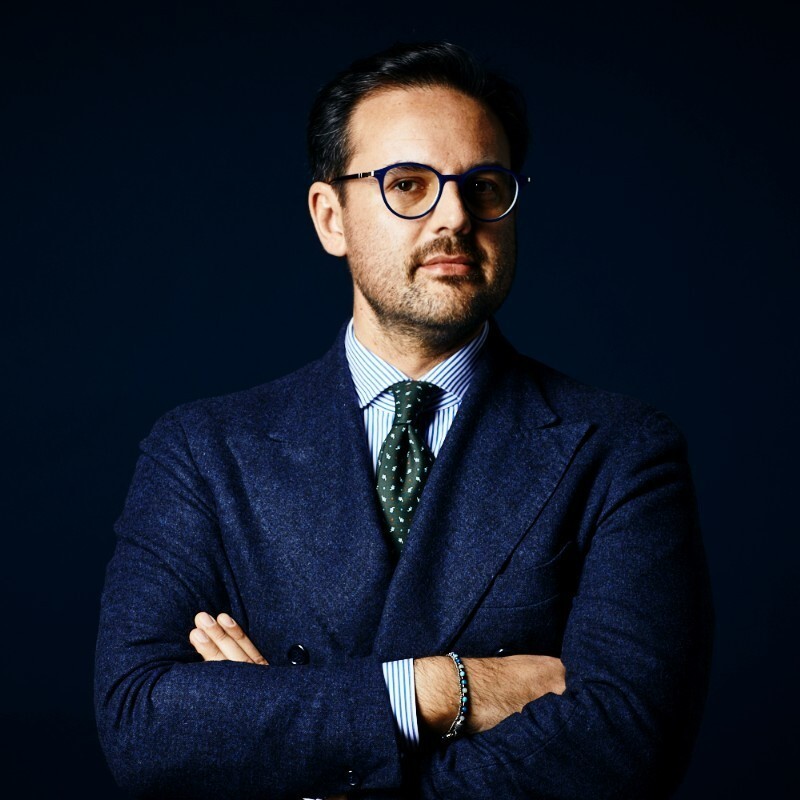 For almost 15 years he has been practicing the profession of Accountant, who lives as a path of consulting alongside the entrepreneur, from the moments before the birth of his company and during its evolutionary phases. He has joined the profession of Accountant experiences in the university and directly in the company, covering the role of CFO. This path has allowed him to acquire on the field experience in corporate, economic-financial and fiscal matters, which he employs by overseeing operations of extraordinary finance, corporate reorganization and corporate reorganization. 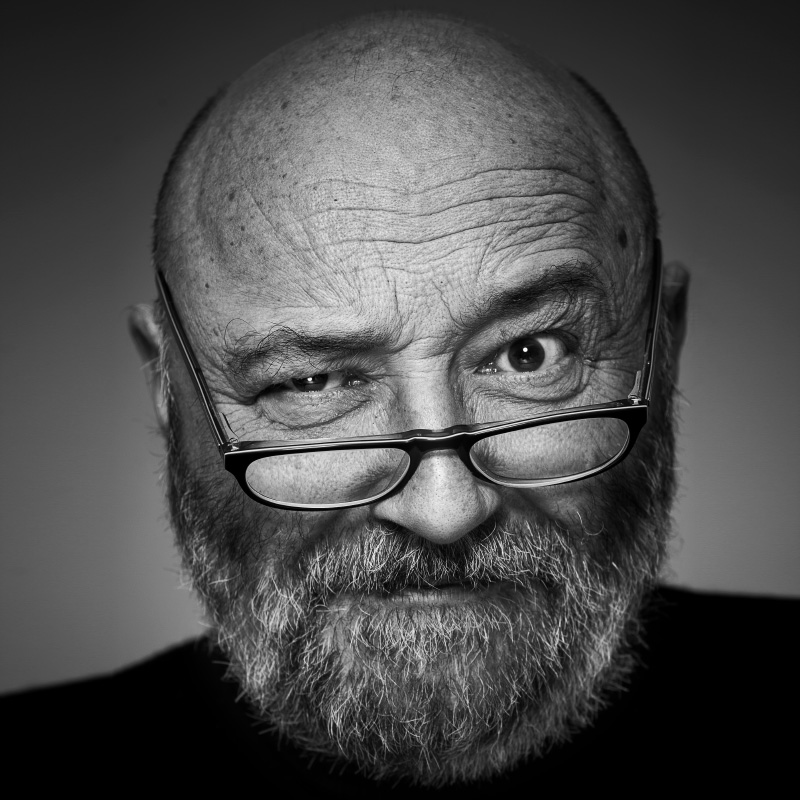 Serial entrepreneur, has created and sold companies in different industries in the last 35 years. He has always worked on projects for innovation and during his career he has been CEO and President of many companies in Northern Italy. These include the Onion Spa, a leading company in the IT market, founded in 1994 and sold in 2009 to the Alten Group. In the same year he co-founded the Superpartes Innovation Campus to promote innovation in the country. In 2011 he co-founded Talent Garden, of which he was the first President. 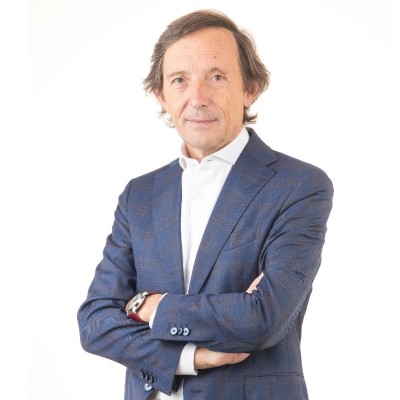 Entrepreneur, he started his professional career by dedicating himself to research in the teaching of mathematics in elementary school, graduating in this discipline in 1981. He continued first in IBM and then in Seltering (Today Infracom) in the menwhile becomes passionate about designing new ways of thinking about application software.
He unwittingly founded his own company in the early 90s. The company grew and transformed to become the current Sme up SPA group.
He is currently President of Sme UP. Today he is dedicated to building intelligence networks in the field of software and technologies, with great interest in the world of sustainable and circular economy. 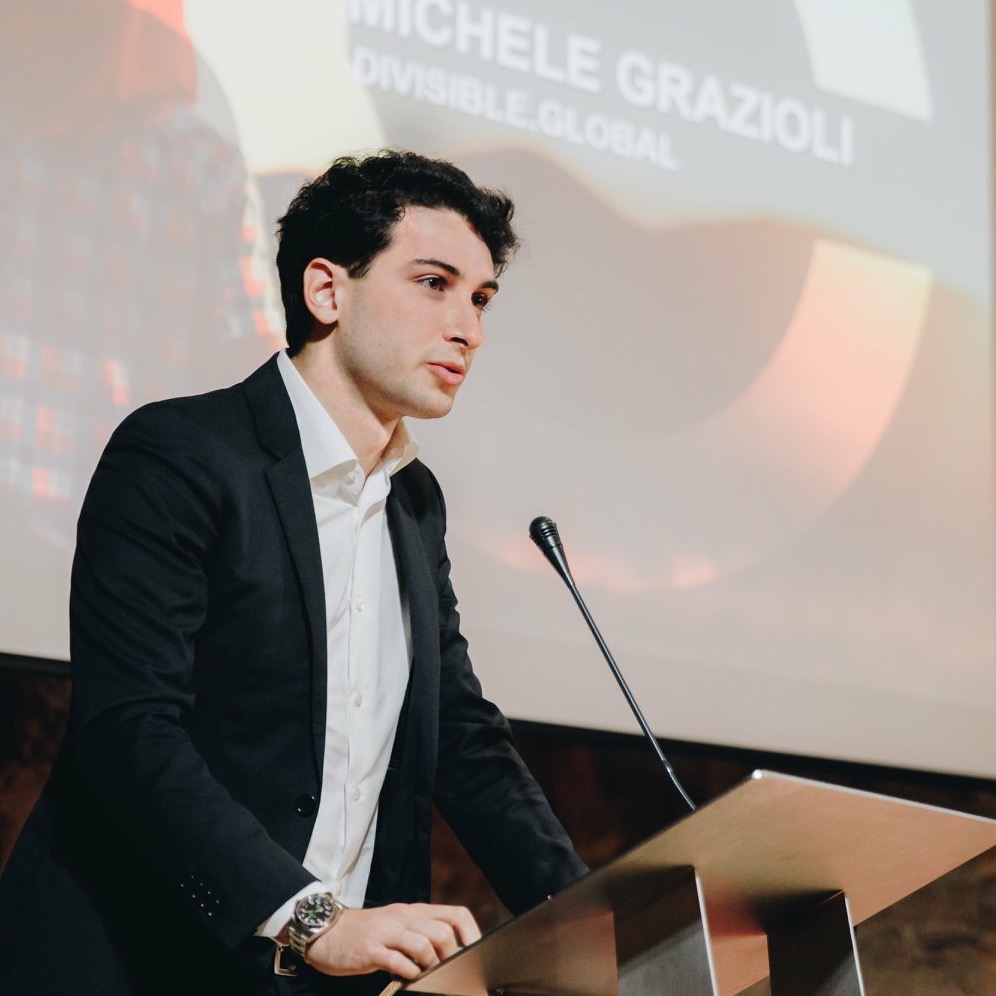 Michele Grazioli, born in 1995 and born in China, is an entrepreneur in the field of artificial intelligence applications with the launch of several companies around the world. In the face of this experience, Grazioli is considered among the leading experts in the field of Artificial Intelligence, applied to Proactive Decision Making, and Predictive Intelligence. In 2019 he entered the Forbes Under30 ranking in the top 5 of the 100 most influential young Italian innovators in Italy. Graduated in Economics and Management at Bocconi University, Michele Grazioli has worked, and continues to work, for several national and international clients, and meanwhile holds conferences around the world to tell the Artificial Intelligence and the positive impact on companies today and tomorrow. 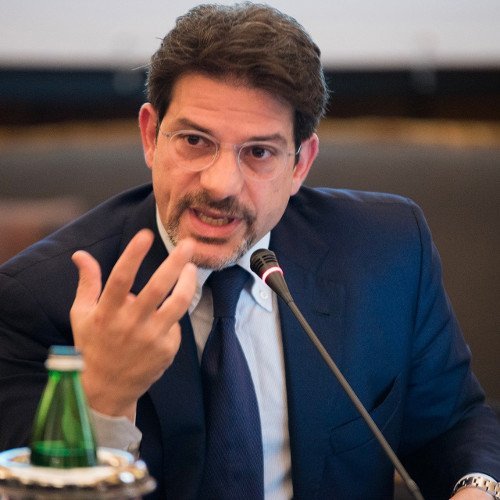 Lawyer, scholar of Institutions of Public Law and Administrative Law at the University of Rome Tor Vergata, and member of the Centre for Economic and Legal Research of the same University, is a lecturer in the highly specialized course on Data Protection Officer and information security. He is a member of the Board of Directors of Blockchain Education Network Italia and coordinates the Roman section of the Legal hackers community. Author of numerous publications and speaker at conferences and provides legal assistance to important national and international realities, in some of which he holds the role of Data Protection Officer. 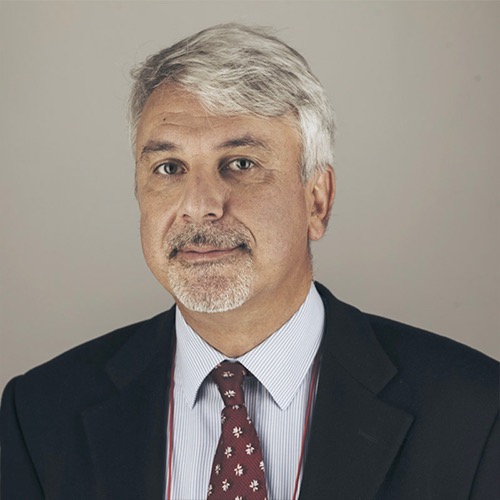 Graduated in Information Technology during the years of the digital revolution, he began his career as a computer scientist in the company that symbolizes Italian innovation, Olivetti. From 1990 to 1993 he worked at AT&T Unix Systems Laboratories in London and later for the European Community in Brussels for Software Improvement programs. Since 1997 he has been an IT consultant in several large companies, and partner of Onion s.p.a., a web and system integration company born in the early days of internet. In 2009 Fulvio co-founded the Superpartes Innovation Campus, an Open Innovation laboratory. In 2019 Fulvio took on the role of Business Evangelist at Alten, and subsequently of Enterprise Services Development Director for the region International 1. Always drived to innovation, in 2010 he also co-founded Vitachiara Habitat, a company that offers housing solutions with an ecological and sustainable design, and in 2016 he co-founded FitPaddlng srl, a company specializing in innovative products for fitness in the water. 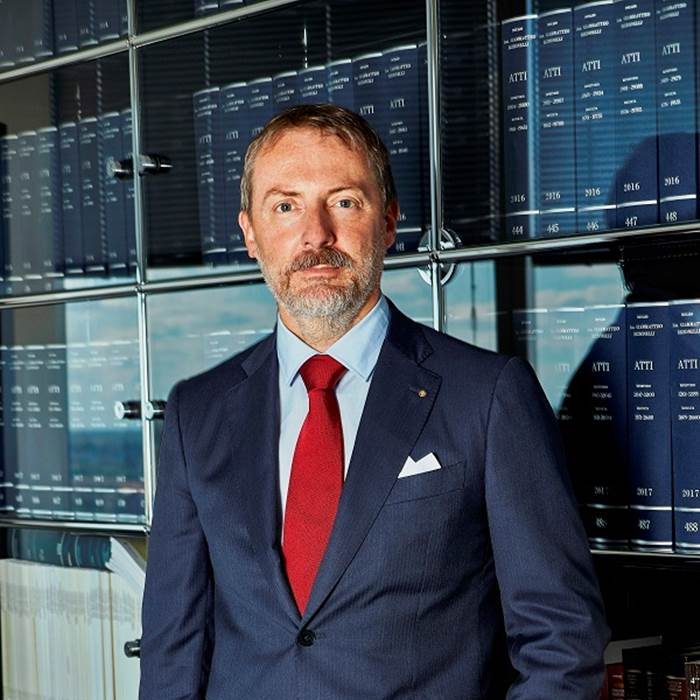 In 1994 he graduated in law from the University of Milan. From 1994 to 1998 he collaborated with Prof. Mario Talamona as a scholar of the subject at the University of Milan in the course of Economic Policy. In 1999 he obtained the qualification to practice as a lawyer. He passed the competition in April 2000 and was appointed notary in 2001 in Brescia. He has also gained professional experience in: company law; transnational operations; project financing; privatization of public entities; asset planning and protection; trusts and family pacts. He also has experience in the field of non-profit organizations. 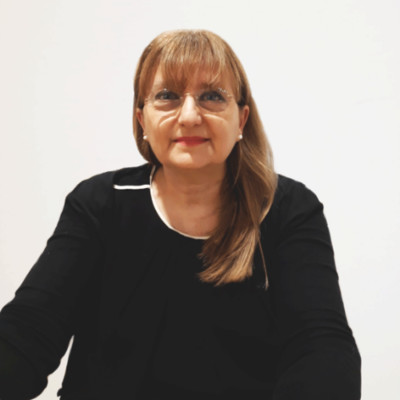 She has twenty-five years of experience in large companies and SMEs as a leader of industrial projects and research and development in the digital field, Alessandra is the Chief Technology & Research Officer of Alkemy SpA, responsible for the Research and Development area.
She is the co-founder and CTO of an innovative startup, Catchy, as part of the projects of the Artificial Intelligence, Blockchain, Internet of Thing, Data / Geo Intelligence and Data Storytelling. Alessandra is also the Strategy & Tech advisor for the Digital Transformation and Smart Metering projects of the startup Joule 4.0 and Conscoop. 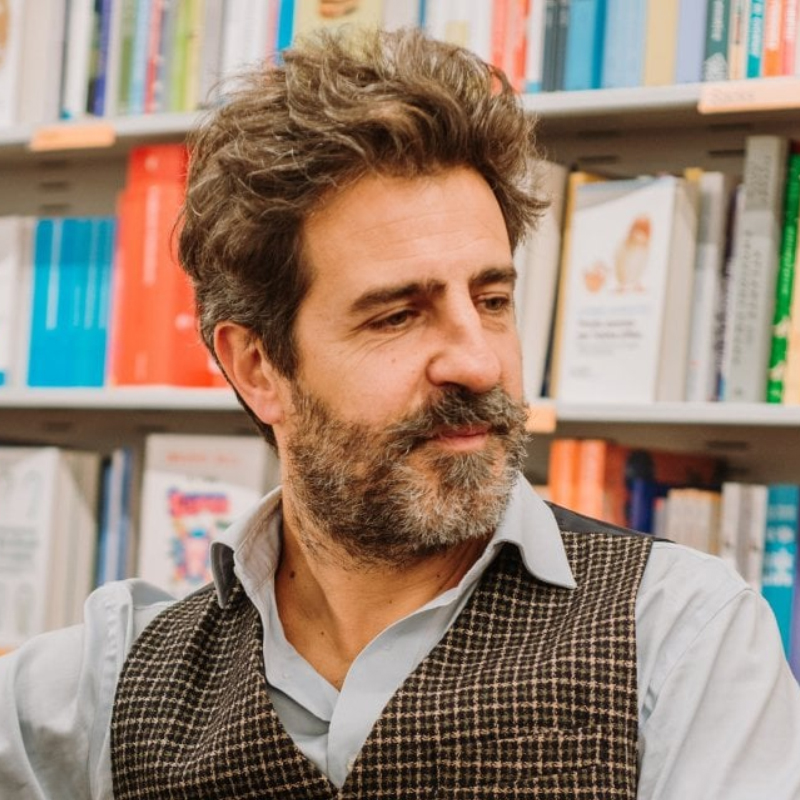 He graduated in Physics at the University of Milan. Since 2000, for ten years, He works at the National Museum of Science and Technology in Milan. Since 2010 he is a freelancer and entrepreneur. Since 2011 he has taught at numerous educational institutions and collaborated with several popular scientific journals and has published many books. Since 2012, he has been a speaker for Ted. He advises on radio broadcasts and has conducted programs on technology. He has been involved in digital fabrication for years, he is president and founder of The fablab, a laboratory that helps companies change the way they design and produce. Over the years he has won numerous awards and recognitions.

Let us know your project